How to configure the visual rendering

SCANeR is able to render the simulated scene on any projection system, including single or multi-screen displays, projector(s) with or without warping/blending or head-mounted displays (VR), flat or curved monitors, etc.

This guide helps you configure the visual rendering for your display system.

In SCANeR it is possible to render using the Open Scene Graph and/or Unreal rendering engines. The current guide is based on SCANeR’s Open Scene Graph visual. SCANeR visual is defined by one instance of the Visual.exe executable which is commonly named the VISUAL module.

1 VISUAL module runs on one graphic processing unit (GPU). 1 VISUAL module can be split into multiple channels so with 1 GPU you can have multiple displays (as with our SimEASY Driving Simulator for example 1 visual license is included with the Foundation Pack. We can add as many visual licenses as you need, just ask us 😉 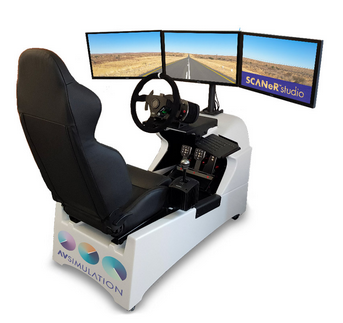 The visual rendering of the simulation is managed by the module “Visual.exe”, usually called “VISUAL” when creating a new SCANeR workspace. 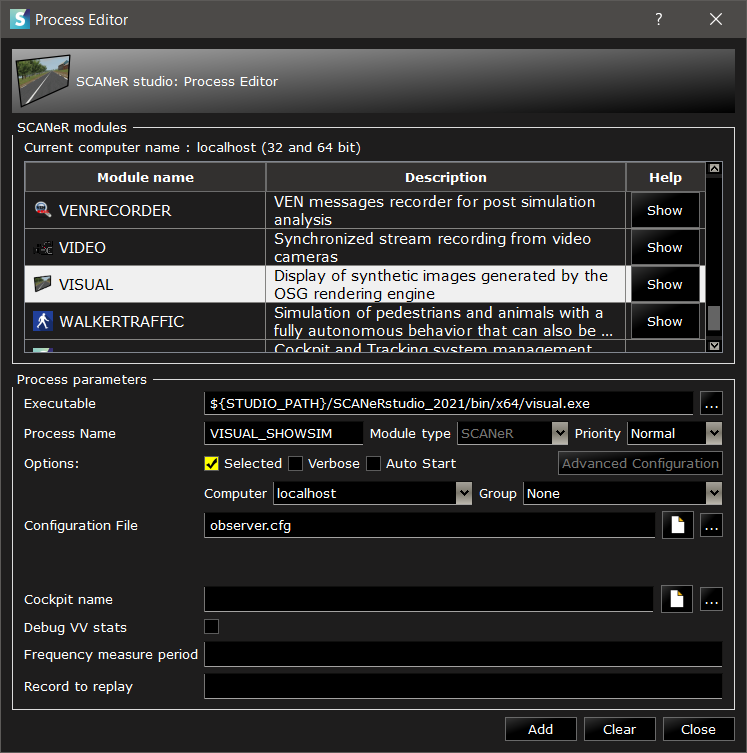 in front of the configuration file in order to open and edit it.

Note: If you are using a new file, start by copy-pasting the contents from SCANeRstudio_2021/data/DEFAULT/observer.cfg.

The file is divided in sections.

Unless a setting is defined in a lower hierarchy level, the value is inherited from higher level of hierarchy.
[Common] > [VISUAL] > [VISUAL:1] > [VISUAL:1.1]

Below the existing sections, create new sections that match your own visual module name.

Here the first settings are added:

Note: the name of a section is case sensitive with the name of the visual into your SCANeR workspace.

The Visual Pipe draws the window on screen. By default, it is a borderless rectangle. The rectangle geometry is set by two parameters:

So in order to cover a Full HD display, use the following settings:

The Visual Channel describes the field of view by the screen geometry relative to the eye: 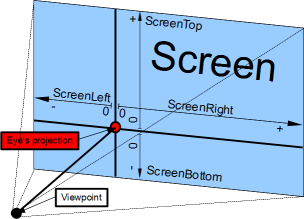 In principle the settings values should be the result of measurement on the actual displays, or from the simulator’s CAD.

Doing so ensures that the aspect ratio of the screen (e.g. 16:9) is respected.

Congratulations on setting your first custom Visual! If you want to go further and add mirrors and multi-screens, check the Advanced visual rendering configuration guide